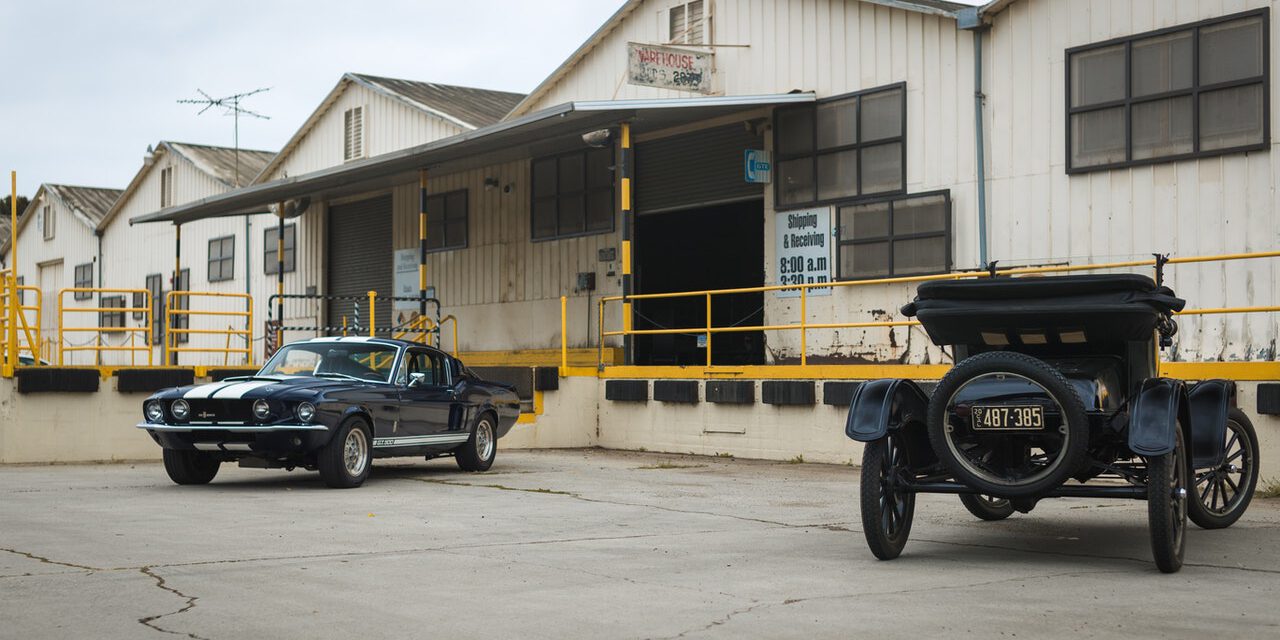 This 1931 Ford Model A Tudor sedan was acquired by the Texas Transportation Museum in June, 2016. It was donated by Cody Hulett who purchased it from his grandfather, Gene Lowry. Gene purchased the vehicle in the 1970s from the first family to own the car. It had been somewhat abandoned at that time, but Gene was able to drive it home despite the lack of a floor – it’s made of wood and had rotted away – and had to make frequent stops to blow back through the gas line from the carburetor to unclog it. It has its 1970s style restoration to this day, which is most apparent in the interior. Otherwise its quite stock, with its original engine and transmission. Gene was a member of the Ford Model A club in Dallas for 40 years. He frequently won the “most miles driven per year” award. TTM intends to keep the car as close as possible to how we received it. It will be a “go” car, not a “show” car.

1931 Ford Model A Sedan upon arrival at the
Texas Transportation Museum, June 2016

Gene Lowry purchased this 1931 Ford Model A from a flea market in Waco for $700 in 1973. That’s the equivalent of $3, 900 in today’s money. It was butterscotch yellow, had no floor boards, and rats had made a nest in the engine compartment. He restored this vehicle, along with another belonging to a relative, as drivers. He and his family had the best time in the vehicles. He was a 40 year member of the Dallas Ford Model A club. Time passes, of course, and after four decades of solid entertainment and faithful service, he sold the 1931 Tudor sedan to his grandson, Cody Hulett. Cody is a young man working in the oil industry, which means he is busy, busy, busy. He just did not have time to drive and maintain the car as much as he might want to. Cars like these need to be driven otherwise they begin to deteriorate quickly. Having not found a suitable buyer – most wanted to chop it up and convert it into some kind of muscle car – he looked around for a place that would honor it;s history and his family’s contribution to saving it. He found it in TTM.

Hulett family images of the 1931 Ford Model A Sedan

Gene Lowry’s daughter, Karen, with the 1931 Ford Tudor sedan at her wedding

“Goodbye to the A, ” a poem by Karen Hulett

Attached is a poem written by Karen Hulett in 2016 upon the sad but sweet occasion of donating her father’s beloved 1931 Ford Model A to the Texas Transportation Museum in San Antonio. As a girl she was with her father, Gene Lowry, in 1973 when he found the car, and subsequently went out parts hunting with him and hung out in the garage with him as he restored it. How many family trips did the Lowry’s make in this and their other Model A? One of the most memorable was on the day she got married. And now, just like the other Ford Model A Gene rescued from oblivion, this one is going to a museum where it will be kept going into the future.

More images of the 1931 Ford Model A Sedan